The GMTK Jam is now over and I'm really proud of the work I did, regardless of the overall score. 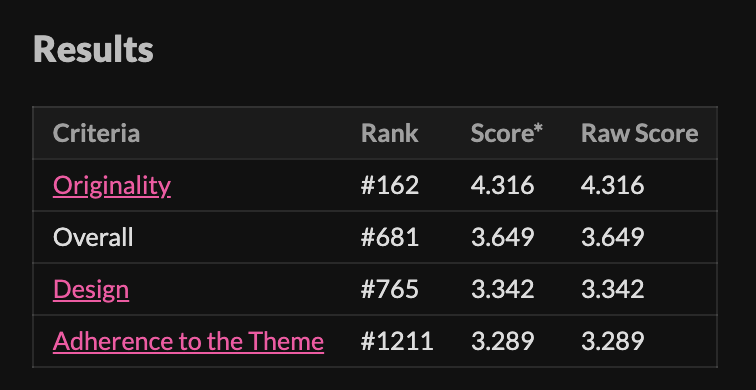 I made a strong effort to try and make a game that was different and I'm glad that people recognized this and responded positively.

Here are some of my favorite comments from people who tried my game:

The same guy from above even made a thread and shouted out my game as one of his favorites in the jam:

It wasn't all positive though. There were many people confused by the game (via r/playmygame post):

This guy even questioned his intelligence:

Due to the mixed feedback, I sought after advice and got lots of constructive criticism via https://itch.io/post/883987:

In response to this feedback, I made many minor changes to my game and it is a much more fluid experience now.

Some of those changes include:

This has been an awesome game jam and I learned so so much from the experience. This game jam crossed many firsts for me:

Hope to continue making more games in the near future!

If these kinds of learnings interest you, every month or so I am going to send out what I worked on, what I learned, and how I stayed motivated.

the psychological narrative game about doing what you're told